Summary.  The aim of the work was to study angiogenesis in non-invasive urothelial cancers of the bladder (NUCB) to identify the criteria for recurrence and progression of the disease.

Materials and methods.  The material served as promptly removed in the Kharkov Regional Clinical Center of Urology and Nephrology.  Century I. Shapovalov urothelial cancers of the bladder stage T1, that is, without invasion into the muscular layer of the wall of the organ, the number of 42 cases.  The average age of patients was 66.4 ± 7.2 years, men were 83.3% (35/42), women –16.7% (7/42). The material was divided into groups: NUCB without recurrence - group I (14 cases), NUCB with recurrence without progression - group II (14 cases) and NUCB with recurrence and progression in the form of invasion into the muscular layer of the wall - group III (14 cases).  An immunohistochemical study was carried out using primary monoclonal antibodies (MCAT) from DAKO (Denmark), Ready-to-Use to CD 34, a marker of endothelial cells for counting the density of microvessels (DMV) and VEGF, a factor of neoangiogenesis.  For the DMV calculation (using the vascular hot spot method), five areas were selected with the largest number of vessels and their average density was calculated under high magnification (× 400). DMV with values ​​from 0 to 25 was considered low, from 26 to 50 moderate, over 51 high.  The expression level of VEGF was assessed according to the generally accepted semi-quantitative scale: 0 - no expression, 1 - 1-10% of cells expressing a marker in the field of view, 2 - 11-50% of cells, 3 - more than 50% of cells.

Results and discussion.  Expression of VEGF and CD34 in NUCB without relapse (group I), primary cancers with relapses (group II) and with relapses and progression (group III) was studied.  Statistically significant differences were found in the DMV indices depending on the degree of differentiation of NUCB.  Thus, DMV in the stroma of NUCB increased with an increase in the degree of tumor malignancy, but the level of vascularization did not directly affect the prognosis of the disease.  In our study, a positive correlation was found between the average power between the expression level of VEGF and DMV (r = 0.677, p <0.05).

Conclusions. The role of VEGF in neoangiogenesis of NUCB was confirmed, which is determined by the direct correlation between the expression level of VEGF and DMV (r = 0.677, p <0.05).  As the NUCB differentiation decreases, an increase in tumor vascularization is observed (p <0.01), which is caused by an increase in VEGF expression by tumor cells (p <0.03).  The studied indices of neoangiogenesis - DMV and VEGF - are of limited importance for the prediction of recurrence and progression of NUCB. 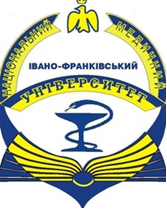